Song Anatomy of the Day

Song Anatomy of the Day is a daily (Mon-Fri) feature for station websites that breaks down the greatest rock 'n' roll songs of all time. 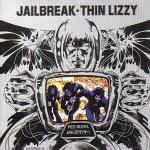 Mercury
'The Boys Are Back In Town' - Thin Lizzy
Writer: Phil Lynott

Thin Lizzy's U.K. label, Vertigo, originally felt that the Jailbreak album did not contain anything good enough to be released as a single. Therefore, "The Boys Are Back In Town" was released in the U.S. first. After it shot into the Top 20 of the Billboard pop chart, peaking at Number 12, Vertigo reconsidered its initial assessment and released "The Boys Are Back In Town" as a U.K. single. It peaked at Number Eight there and hit Number One in Ireland.

The single led the Jailbreak album to be certified gold (500,000 units sold) in America - Thin Lizzy's biggest seller on these shores.

The original title of the single was "G.I. Joe's Back In Town," an idea singer-bassist Phil Lynott got from the G.I. Joe comic strip.

The melodic guitar riff of "The Boys Are Back In Town" was patterned after the brass riff on Bruce Springsteen's song "Kitty's Back."

According to Lynott, the lyrics were inspired by a group of people in Manchester called the Q.S.G. (Quality Street Gang) - "A far from sweet bunch of characters."

Lynott also derived inspiration for "Boys" from the troops returning home from the Vietnam War.

The producer, John Alcock, was most noted for his work with the Who's John Entwistle.

The Jailbreak album was recorded in the Who's Ramport Studios.